I am the main character in a novel called ‘She Who Could Live Anywhere (Called Moscow)’. I was born just outside of Oldham in Saddleworth, near a farm called Moscow in 1980. At age 18, I decided to take a degree at the Department of Russian & Slavonic Studies at the University of Sheffield (Sheffield – a city built on seven hills, like Rome, and like Moscow, which is known in Russia as the ‘Third Rome’). Ten years in real Moscow ensued, studying at the State Institute for International Relations and managing communications for the Association of European Businesses, Kaspersky Lab and AIDS Foundation East-West, an NGO working in the prison and healthcare services of Eastern Europe and Central Asia.

In 2013, I left Moscow and went to live in Moscow. Moscow, East Ayrshire, is where I met my husband, Jeremy, with whom I have a seven-year-old daughter, Daisy. The area we live in is, to put it bluntly, a moorland bog. You could say I started life in a moorland bog, and always end up in one somehow (when I lived in Japan for a year as a teacher, I lived in a district of Tokyo called Motohasunuma, Bog of the Lotus Flower).

My working life since moving to the UK has largely been media relations and PR for various industries, including renewables and construction. I’m very happy with that: having grown up in the construction world (my dad worked on concrete plants), I believe this industry is the best place to find interesting people, and it is so often disparaged and overlooked.

As you may have gathered, I enjoy making strange (tenuous) connections between things. I enjoy anything that questions the nature of reality (including attempts at understanding quantum physics), the supernatural, the surreal (favourite novelist: Mikhail Bulgakov), magic, mayhem, and the Gothic. Mary Shelley is, naturally, one of my favourite authors, and everyone knows the story about the 1816 summer in the Villa Diodati, where she found the space, confidence, and creative spark that she needed to develop her own voice. If I can do that, even if any fiction that I write is destined for some boxes in my attic, I will have achieved my goals at Write Toscana. As the magician Voland says to Margarita: “Manuscripts do not burn” («Рукописи не горят»); published or not, they exist, and carry an idea that reaches someone, one day 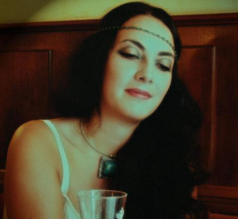 Since selection for Edinburgh Book Festival’s Storyshop in 2014, I have established a multidisciplinary practice, incorporating text, sound, materials and image, often collaborating with writers, artists and musicians or engaging creatively with the public internationally to produce works such as site specific sound installations and text based forest performance. My collaborative album, Birl of Unmap, currently nominated for Scottish Album of the Year was also chosen by the Quietus as one of the 100 essential albums of the year.

My writing has been longlisted for the Lifted Brow/RMIT international experimental non-fiction prize, showcased by the Essay Catalyst project of best Scottish hybrid writers, formed part of the Poettrio translation project and commissioned by literary journals such as Gorse and the Stinging Fly. Moving image, text and audio work has been installed in galleries in the UK and Ireland and I have created commissioned events in car parks and forests for the Not Quite Light Festival, Waltham Forest Borough of Culture and Sanctuary Lab.

I have presented on my practice at a range of academic and public humanities conferences and have a diverse publication record from experimental nonfiction to music interviews and arts features. My work is in several books including Unofficial Britain, Manchester, Something Rich and Strange, From Tarmac to Towpath and The Art of Being Dangerous. I gained a first class postgraduate MSc in experimental filmmaking/media arts in 2020 with an iteration of my writing project The Absolution of Shyness which I will be concluding at Write Toscana.

Find Out More > Lone Women in Flashes of Wilderness 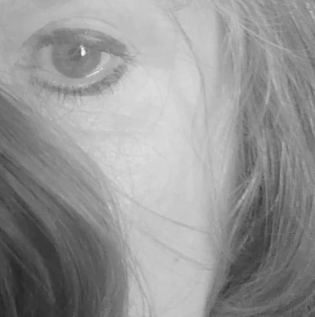 John McDougall is a writer, photographer and curator based in Renfrewshire, Scotland.

Using visual arts practices as a jumping off point for a variety of political, social and cultural commentary McDougall attempts to bring wide ranging ideas and connect them in a manner which is easy to understand.

Projects have included A Balkan Journey with photographer Chris Leslie in which he uses Leslie’s photography documenting peacetime in former Yugoslavian states to outline similarities between the forces which led to such destruction and the rise of right-wing nationalism around the globe. Similar themes arise in essays for Glasgow photography gallery Street Level Photoworks in which he studies the possibilities for connection made through cultural exchanges and communication to create networks which combat the barriers created by populist attitudes.

As “New Contemporaries” editor for Studies in Photography, John is able to seek out a interesting work by early career photographers working in or connected to Scotland and work with them to develop a critical analysis of what they do and how they do it. This is something he hopes to grow over the coming months by developing a platform which allows new writers to join him in creating new and interesting forms of criticism and analysis of photography and visual art.

At Write Toscana John hopes to find time and space to reflect on a couple of years which have not only changed the world we live in, but also on a deeply personal level. He hopes that by experimenting with some small ideas on speculative fiction he may be able to reconcile a number of nagging theories which currently sit heavily on his mind. 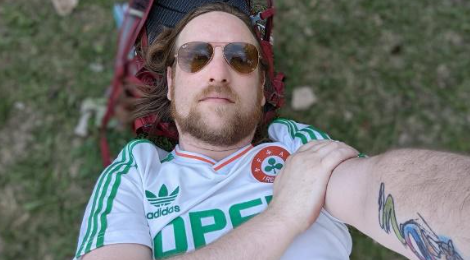 Rachel Elam​ is a fiction writer based in Austin, Texas.

Her​ work has been published in New York Magazine, American Writers Review, Las Laguna Gallery, and more. Rachel is an MFA candidate at Bennington Writing Seminars. With over a decade of experience working across the Tech and Nonprofit sectors, Rachel spent eight years at Facebook (Meta), where she led executive communications for Global Business Marketing, helped launch the first Social Impact Brand Partnerships, and guided weekly meditation for global employees.

Rachel started her career in London writing and securing charity grants. During her residency at Write Toscana ​in Italy​, Rachel will be working on her first novel, which delves into the world of three spiritual seekers at different stages in their process of becoming. She is also working on a short fiction collection​, with a range of stories and characters who long to touch the center of the human experience. 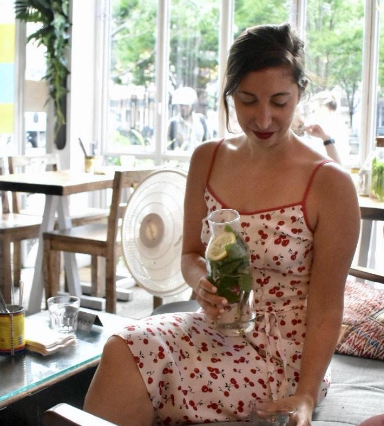